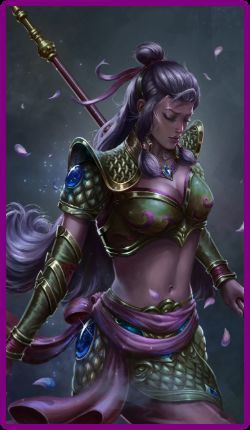 No matter what god or higher power you believe in, we are all part of a collective consciousness, both in this world and the next. Whether your reading comes from tarot, angels or archetype cards we are delving into that collective consciousness. If you are present with a psychic or clairvoyant who has strong connections, you may be connected to individuals but more likely you will be communicating with part of this universal energy which connects us all. Much of the connection comes through our own energies and this is particularly true of online readings.

When we fight to make others see the error of their ways, the warrior may help us see a better way; there is a time for confrontation but perhaps that time is not right now. In reverse, this card indicates that we may be fighting for a lost cause, that our energies may be best focused elsewhere or the timing is simply not right. In some situations, timing is everything. 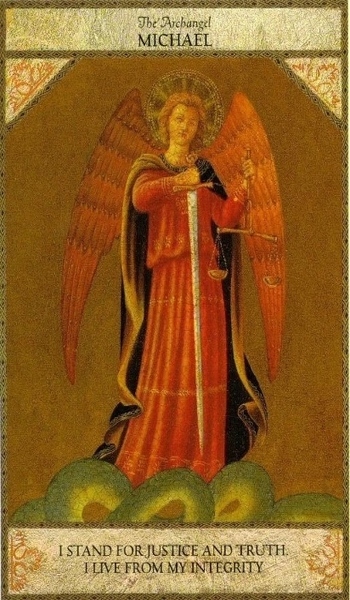 The angel associated with The Warrior is The Archangel Michael

Complete Book of Tarot: When reversed, the Hanged Man suggests that you may be clinging too tightly to an illusion preventing you from gaining a clearer perspective. Refusal to make a necessary sacrifice can result in further loss and suffering. Playing the martyr will not be productive. In Renaissance Italy, hanging someone upside down was a punishment reserved for traitors. After betraying Cuauhtémoc, the last Aztec emperor, the Spanish conquistador Cortés killed the Aztec warrior by hanging him upside-down in a Christ-like pose, as is vividly depicted in the mural by Diego Rivera entitled ‘Exploitation of Mexico by Spanish Conquistadors.’

Complete Book of Tarot: Critics might also object that the theory of archetypes is merely a fanciful speculation with little scientific support. Interestingly, recent studies at Emory University have demonstrated that memories of experiences shared by our ancestors may be transmitted through our DNA. For example, scientists were able to show that mice trained to fear a specific odor would pass these emotions down through generations, presumably enabling future mice to be better prepared to deal with a similar situation. As Dr. Brian Dias of Emory University has explained, ‘Our results allow us to appreciate how the experiences of a parent, before even conceiving offspring, markedly influence both structure and function in the nervous system of subsequent generations.’ 25

Angel Insights : Other common ways angels appearin distilled divine states similar to having wingsare as a bright or glowing white light, as small dots of colored lights, or as what looks like white vapor or mist. When angels appear in their divine state, they don’t tend to say muchor if they do the message is very brief and to the point.